The first animal on the farm was Bandit. We got him when he was tiny. He is supposedly a mix between Australian shepherd and Australian cattle dog (blue heeler). 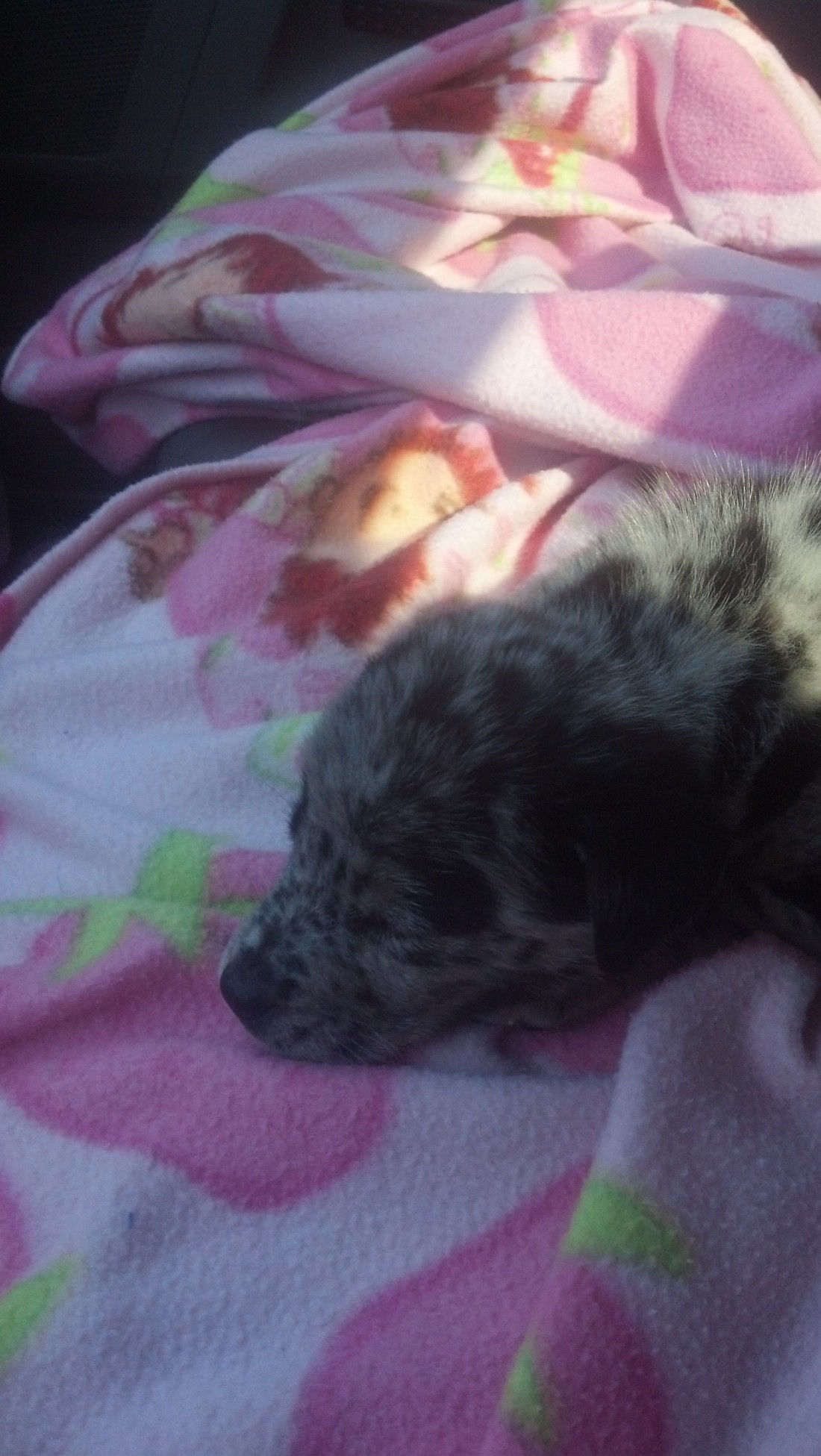 There wasn’t a dog for the first little while on the property because it was too busy getting other things cleaned up first. Growing up, always having dogs, it seemed weird not to have one on our little place. Kept looking online and in papers at dogs and puppies. Even called and asked about a few but they were already gone by the time we would ask.

Then there was Bandit. As soon as we saw his picture we knew he was the one we wanted. 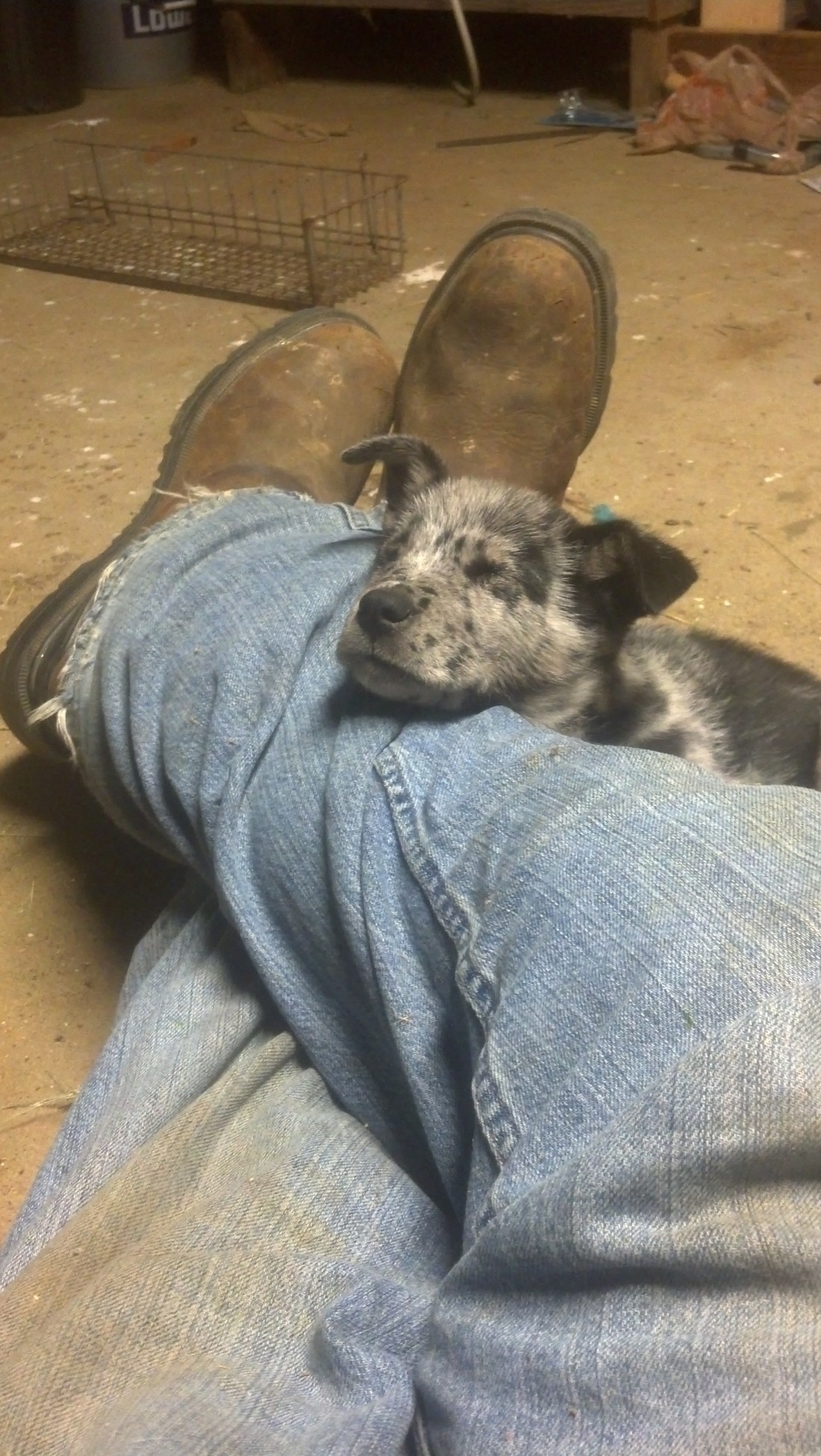 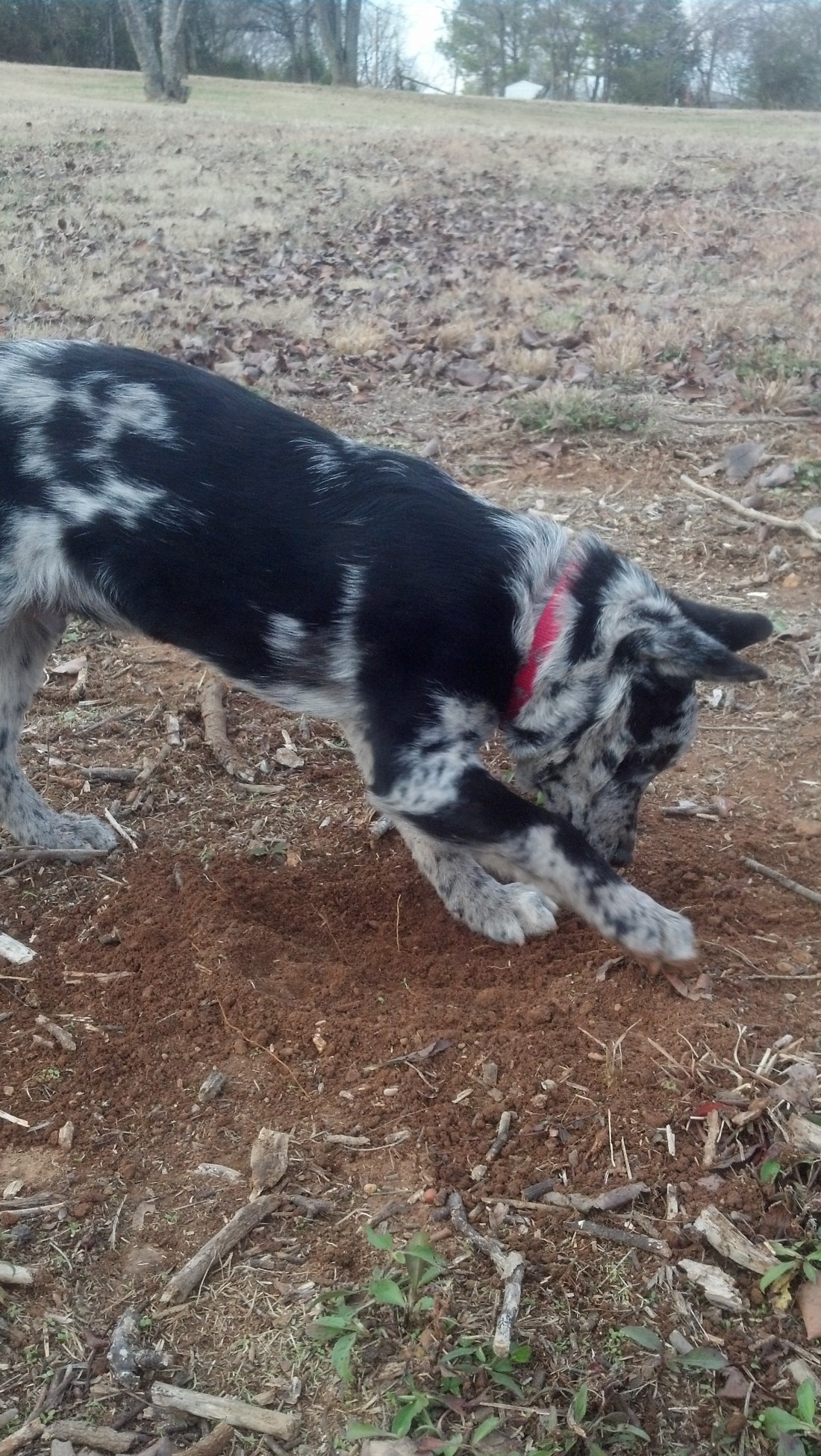 He has been a great addition and the place just wouldn’t be the same without him. 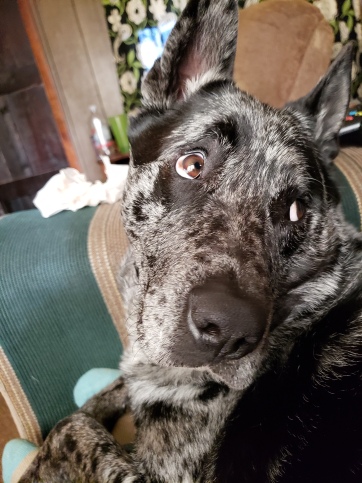 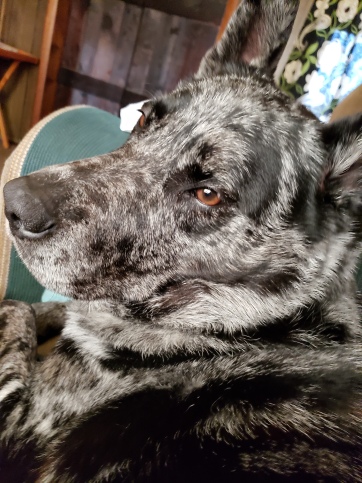 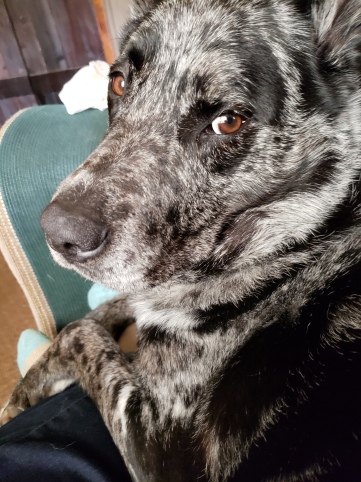 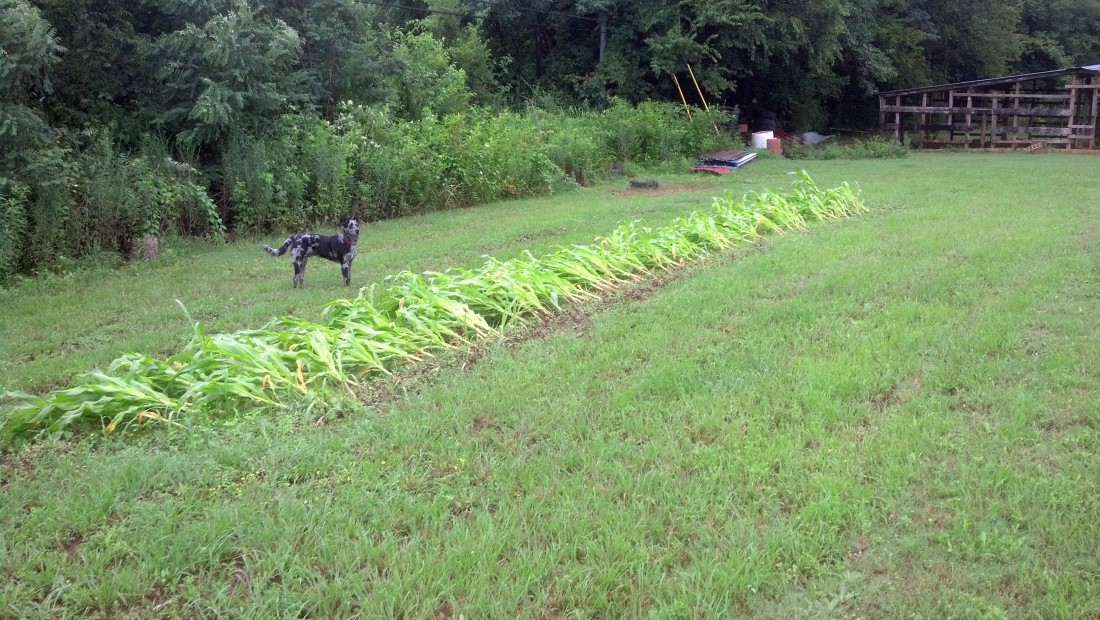 He trained well and can sit, stay and “leave it” which even works for food placed on the floor. He would rather be outside than inside, and has his own bed room he stays in during the day. His bedroom has an outside door with doggie door that leads to a good size pen as big as the entire back of the trailer. 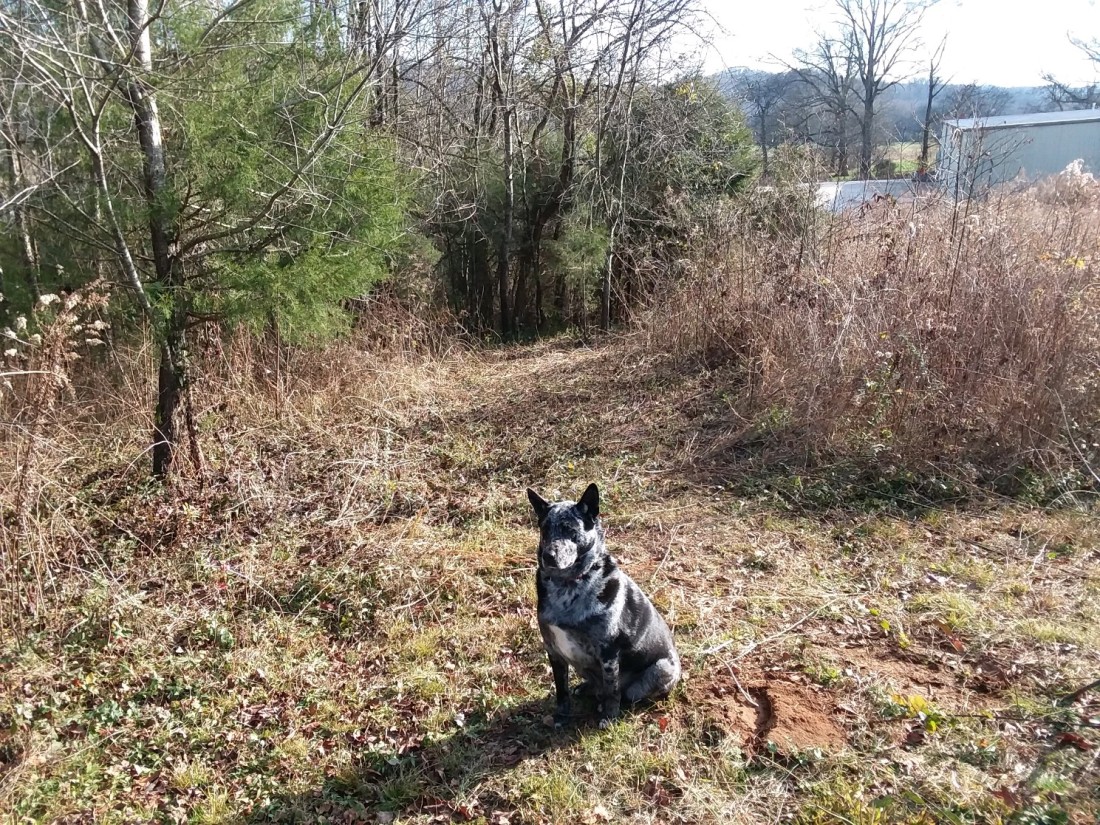 Left the pen door open one time after mowing, went to work the next day and he just stayed in the yard (we got lucky there). 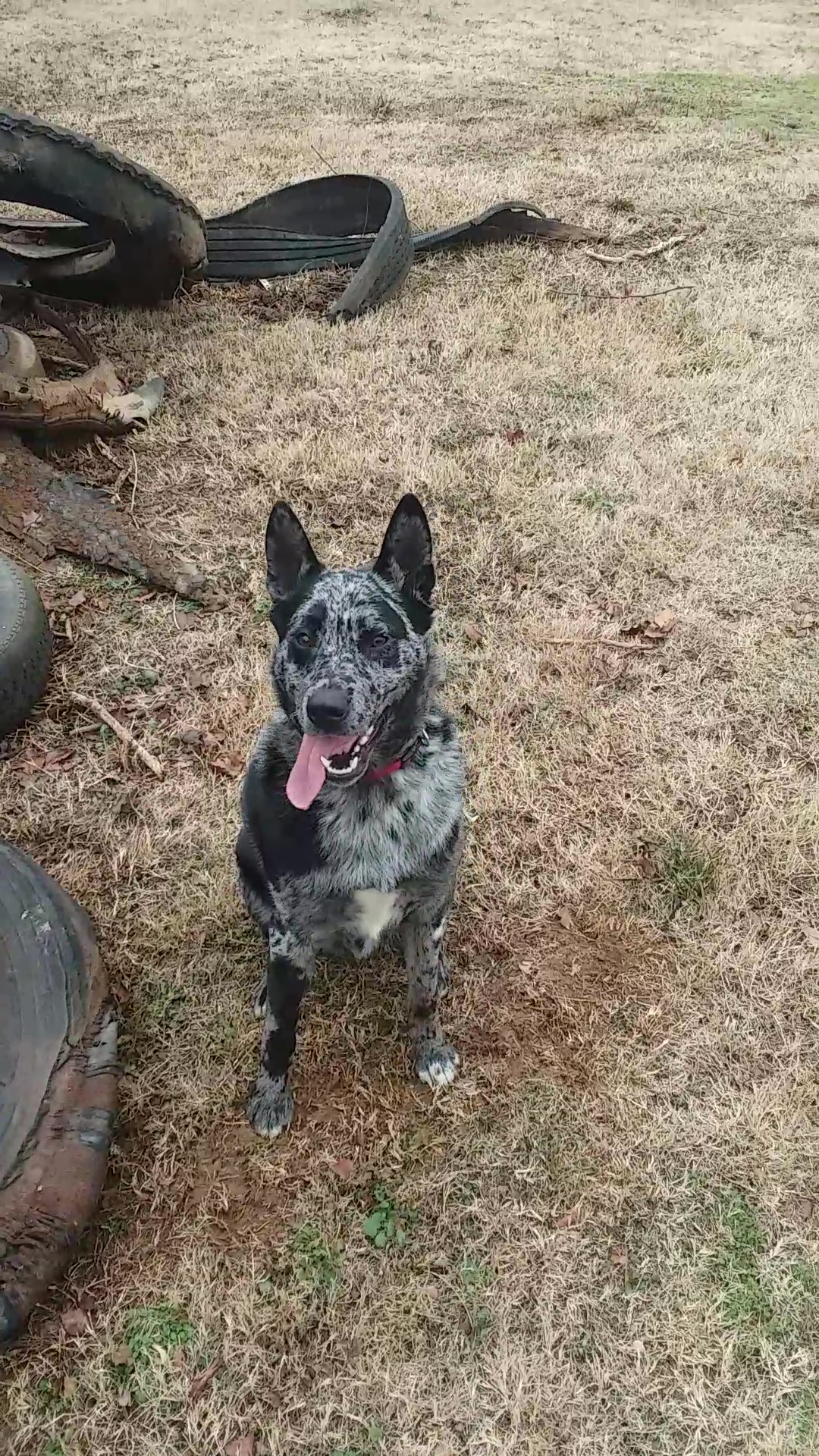 He does like to make a mess with some of his toys. Here he is in a before and after with a stuffed hedgehog. 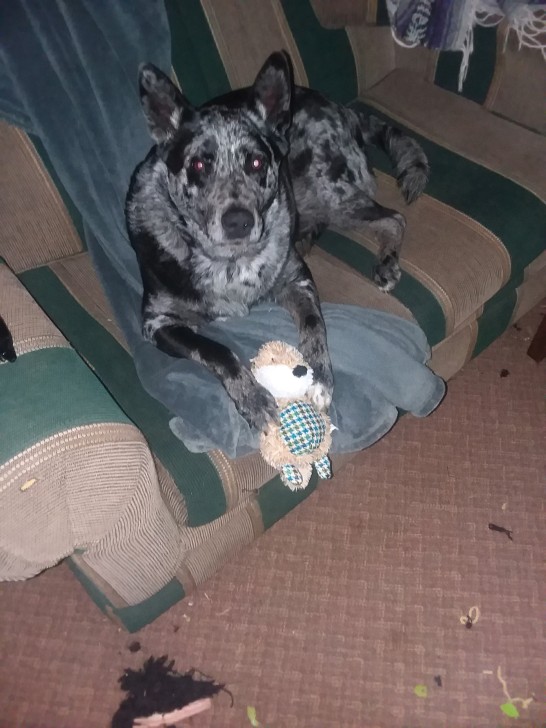 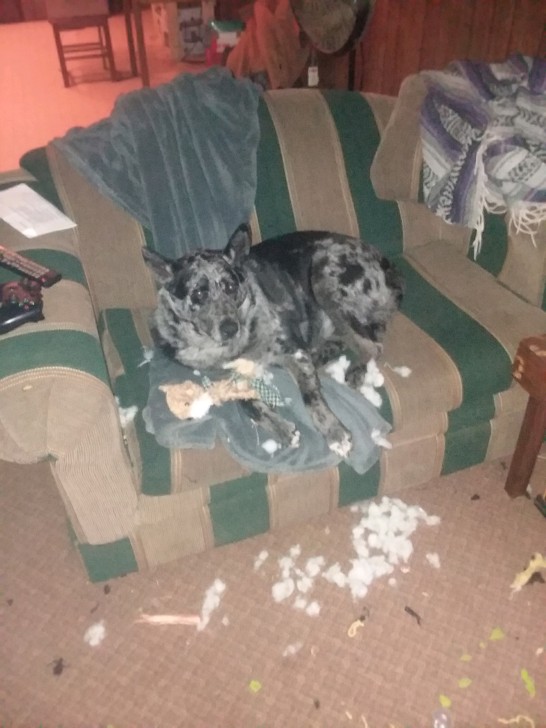 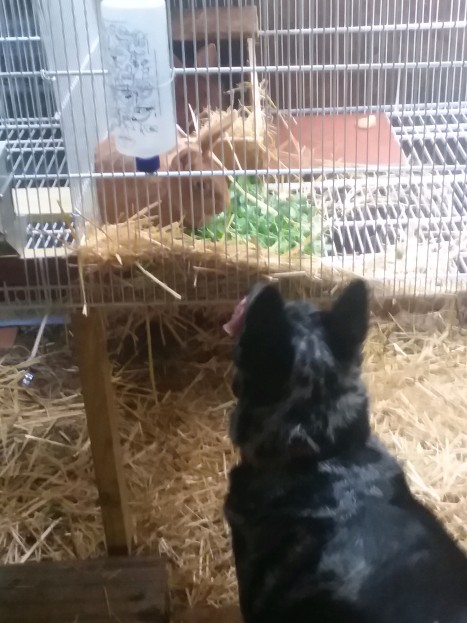 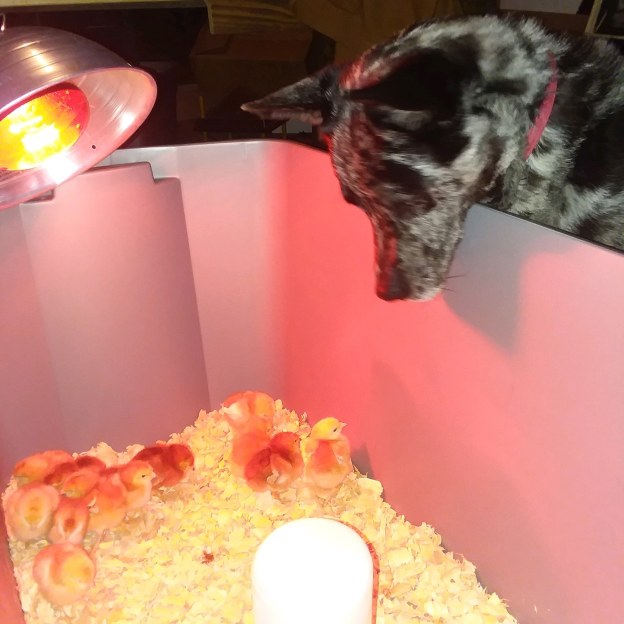 He loves being outside and patrolling the property and he watches out carefully for the kitties. 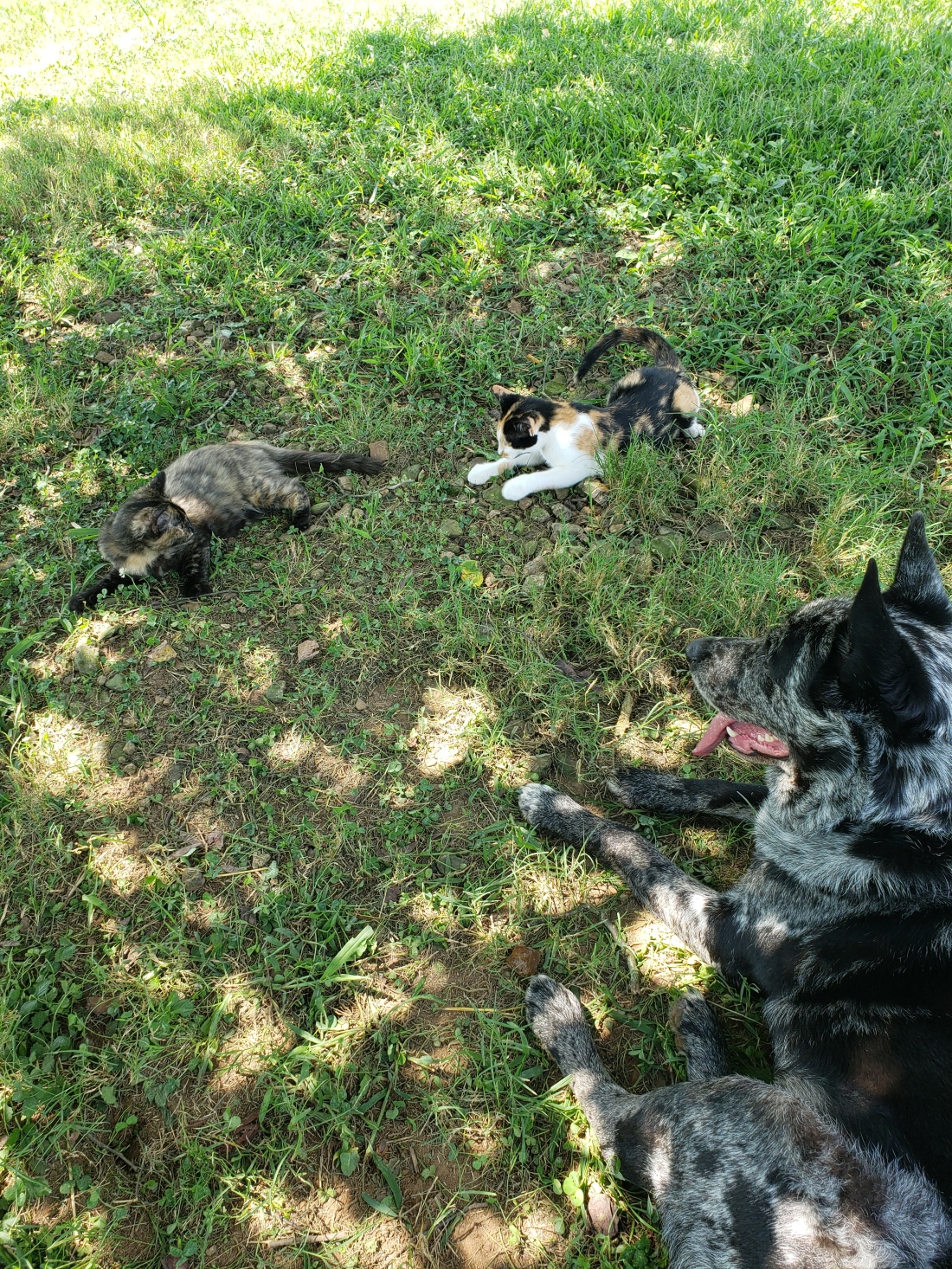