I think we can all agree 2020 has been an interesting year so far. Lots going on around the world and around the homestead. 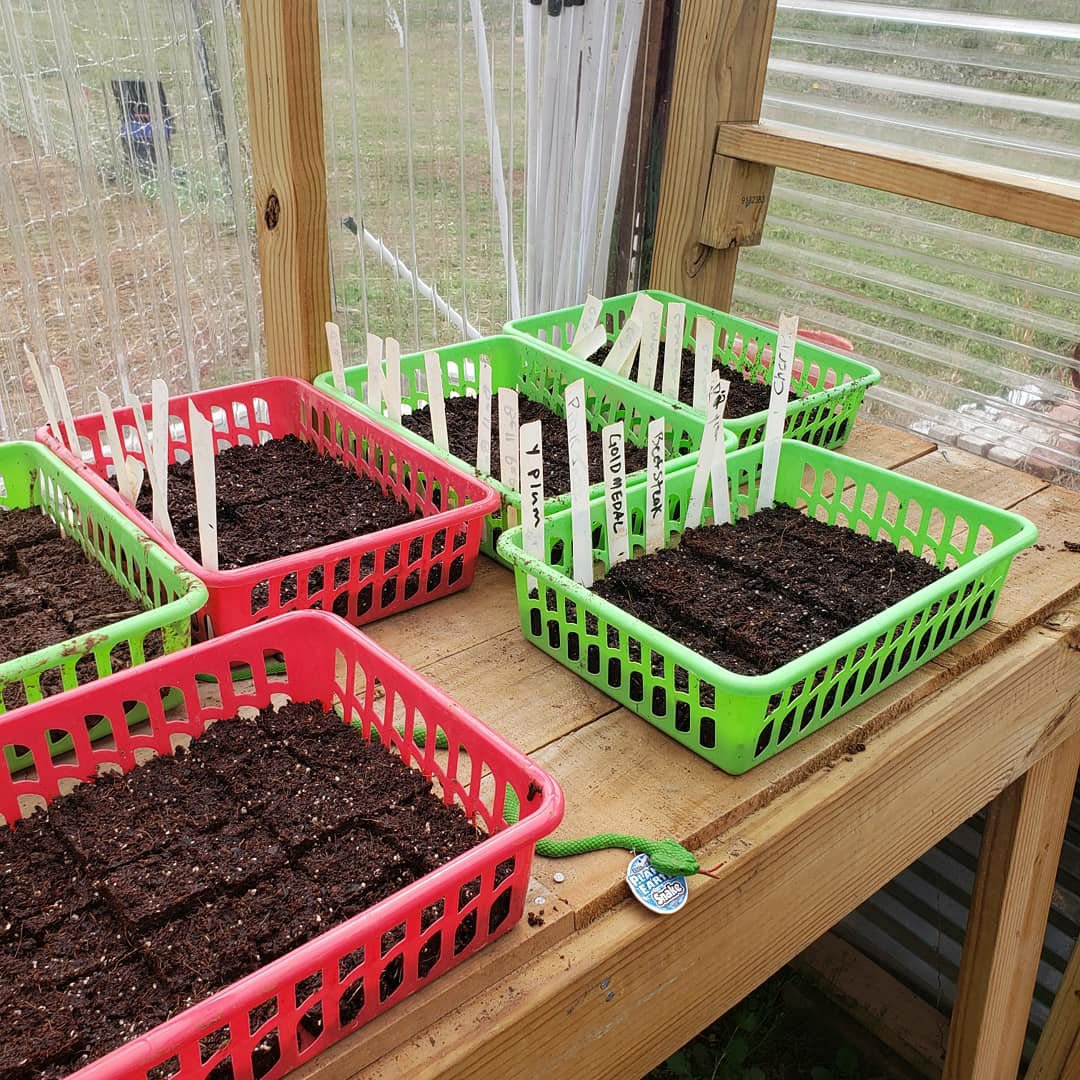 We started seeds in February like usual, but did not get them planted until nearly the middle of May. The weather here just stayed wet, and could not till up the garden in the mud.

Then the weekend after we planted, had two nights of historic frost for our area. Looks like we should have waited even longer to get them in the ground. We will certainly keep that in mind for next year. 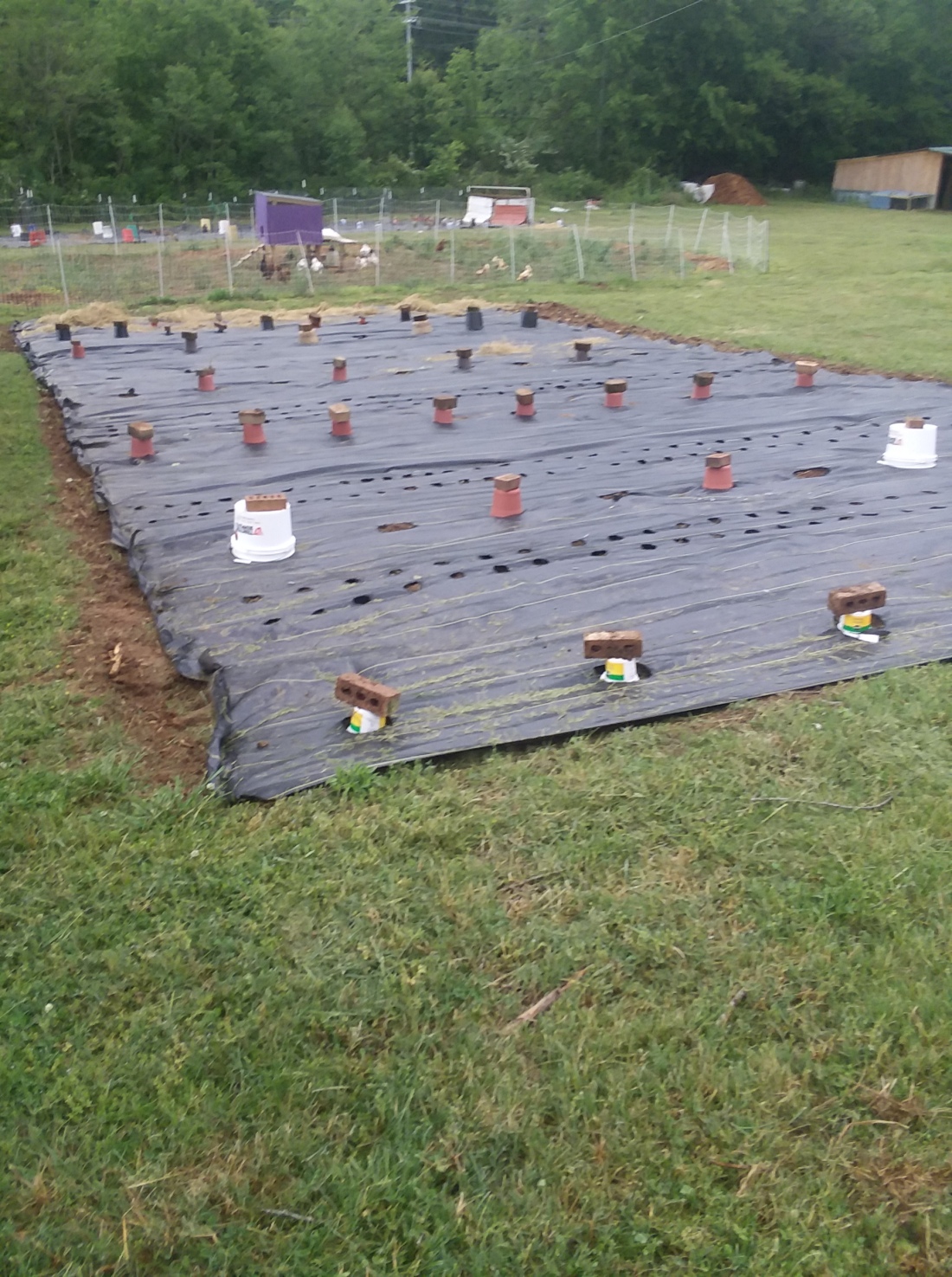 We ended up having around 125 plants to cover with pots. We got several of those from a last minute run to a dollar store. Cleaned them out of 31 pots! They’ll get put to use later for transplanting as seeds start to outgrow their starter block.

Our lettuce bed we covered in a tarp as the bed itself is a little set in the ground. Lots of the more tolerant plants just got some hay spread around them.

Most things made it, more than we would have thought. Some decisions had to be made, and some plants did not get the best cover. We have had a few die but that is part of gardening anyway. No one anticipated a frost right before Mother’s Day.

We did not change much in the garden this year. We worked on getting more proficient at what we are already doing. We invested into more of the black fabric we had so much success with last year. This year instead of skipping rows we decided to cover it all and torch holes on where we wanted to plant. Took more time upfront but is already proving to save us time weeding. We even did the corn plot the same way, but a storm the very next night ripped up all the paper. So now its just a wait to see where corn pops up so we can weed around it. No way we could have gotten the paper back down exactly lining the holes up to where we already planted.

One exciting difference this year is we have so much lettuce!

We are pretty sure we can thank the farm cats for that. They are doing a great job of keeping the rodent and rabbit population down.

The only real new things we added this year were some GIGANTIC pumpkins for fun, a new cucumber variety we wanted to try, and eggplant. Oh yeah, and a beet variety. We’re also trying potato and sweet potato again this year. 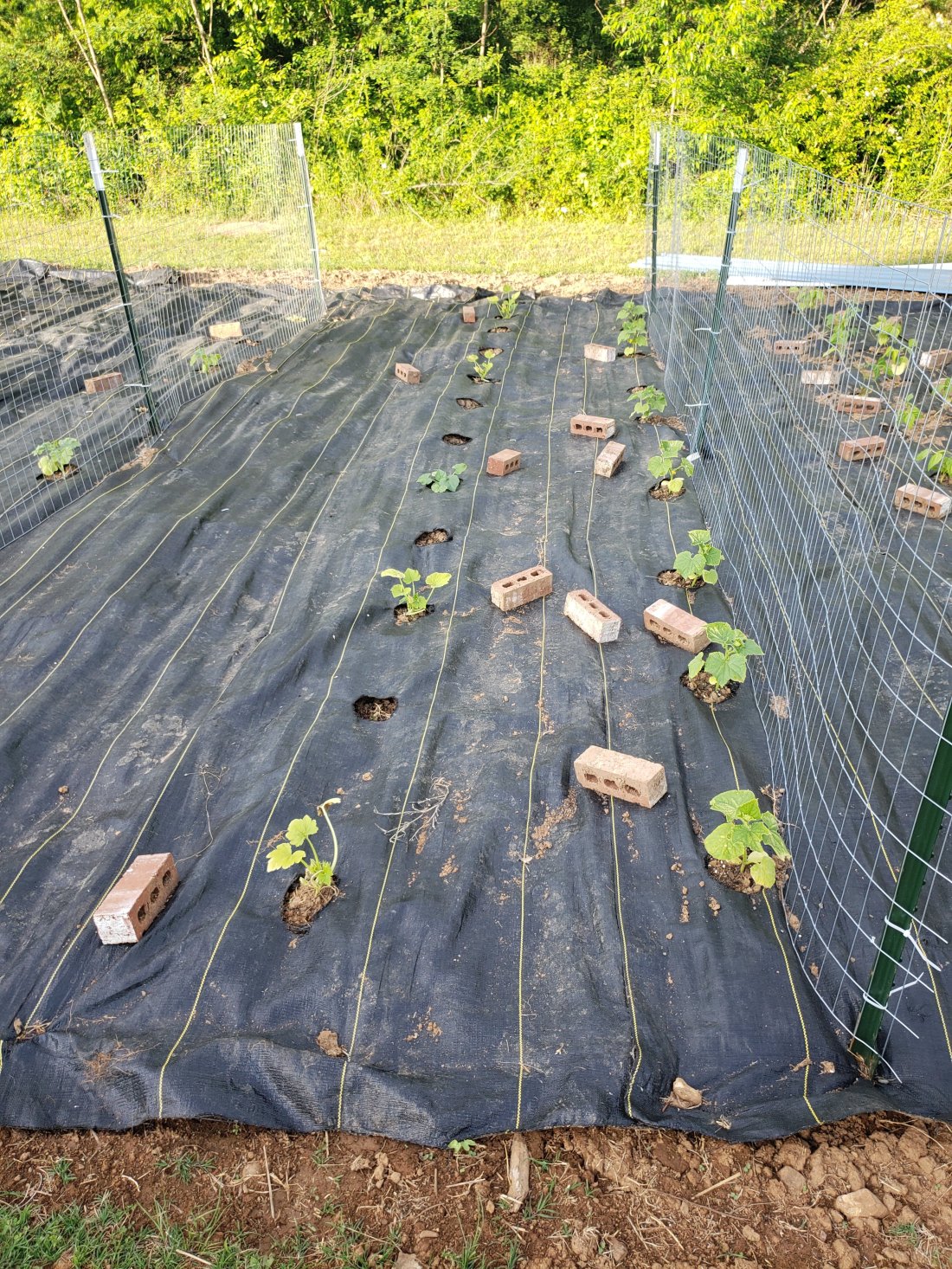 So far we have had plenty of rain and not enough sunshine but we will see. Hope all of your gardens are doing just as well or better!

Anyone planting anything new this year?