We want to start by saying thank you to everyone who has read anything on our blog so far! Blogging is a new world for us and it is so rewarding and exciting to get the views/ comments/ likes from everyone. We’re enjoying sharing what we have learned so far and hope that we can inspire or motivate someone to do something too.  Plant just one thing – you don’t have to wait until you have acres or until you can retire.  Plant one tomato or one sunflower; it doesn’t matter.  Just do something! It will be so rewarding.

A few years back life did a big reset. After the dust settled on that it was clear a plan had to be made. The idea and the want of homesteading and a more simple life style was in the background but it started coming forward. This idea is expounded on in our first blog post if you want to check that out.

Having always kept various journals and date books it seemed only natural to do the same with the homesteading idea. A green journal that had been a gift was picked to be the one to start the daydreaming. 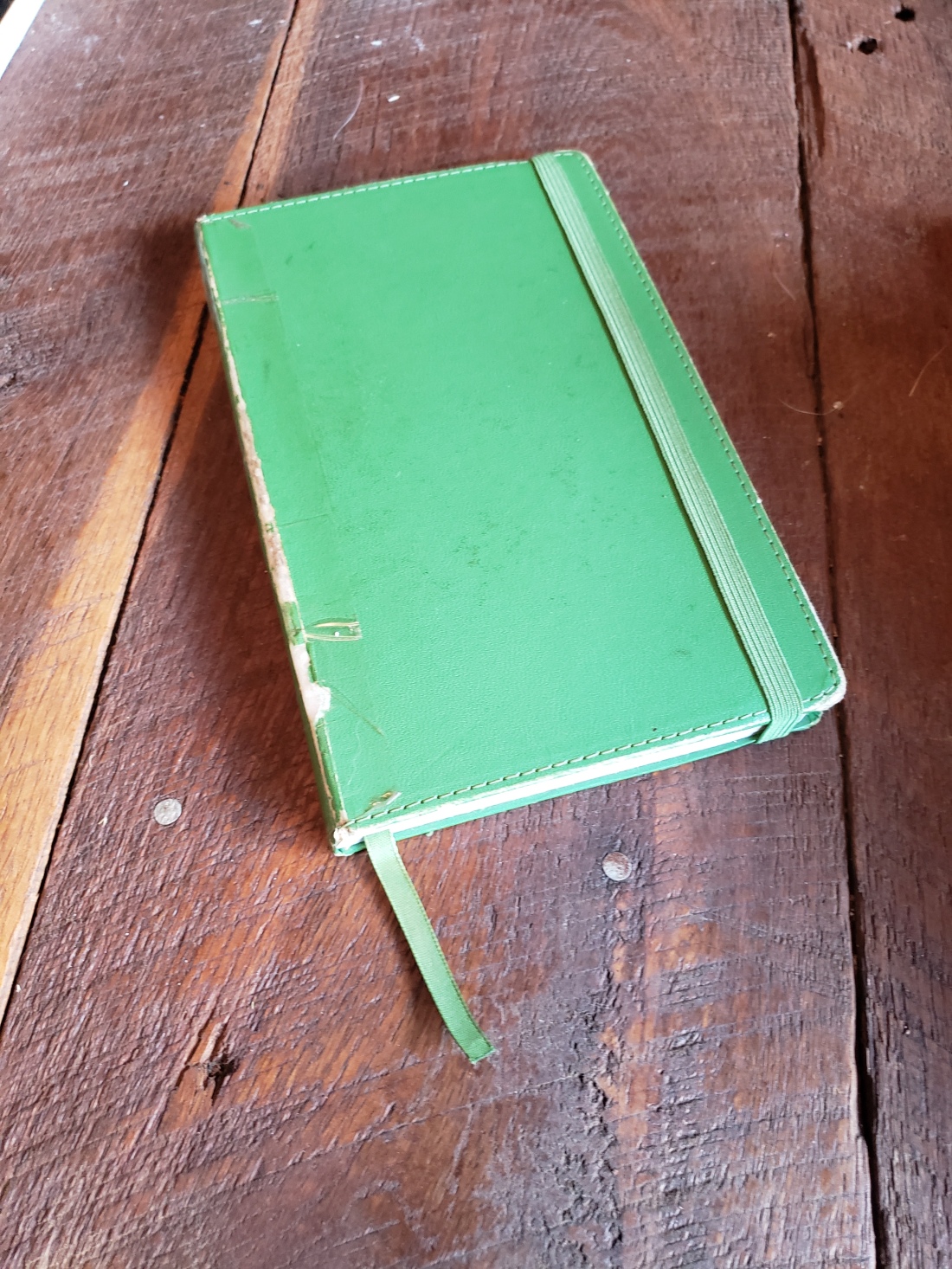 Pages and pages of drawings and writings . Things from TV Shows, original ideas , hopes and dreams were all written down in the simple green journal. Bank accounts, types of loans, dates with a realtor and appointment times. Anything that had to do with finding a place and what to do with that place was written down in the journal. It became a treasure in itself and a constant companion.

There was a 6 month period of doing nothing but working towards a goal. No weekends off, no vacation, no thought other than getting a place started. Pennies pinched, clutter sold off , constantly thinking of how to get closer to the goal. One singular obsession and the journal becoming a manifestation of that obsession.

After buying the property it just felt like it needed a name. There were not even any other names considered really. It was obviously Green Journal Homestead.

It is a fun memory , a fitting name, and a reminder that anything is possible even when it seems like it is not.

That first Green Journal was filled up a few years ago but recently another journal gift had been given to celebrate the start of this blog. 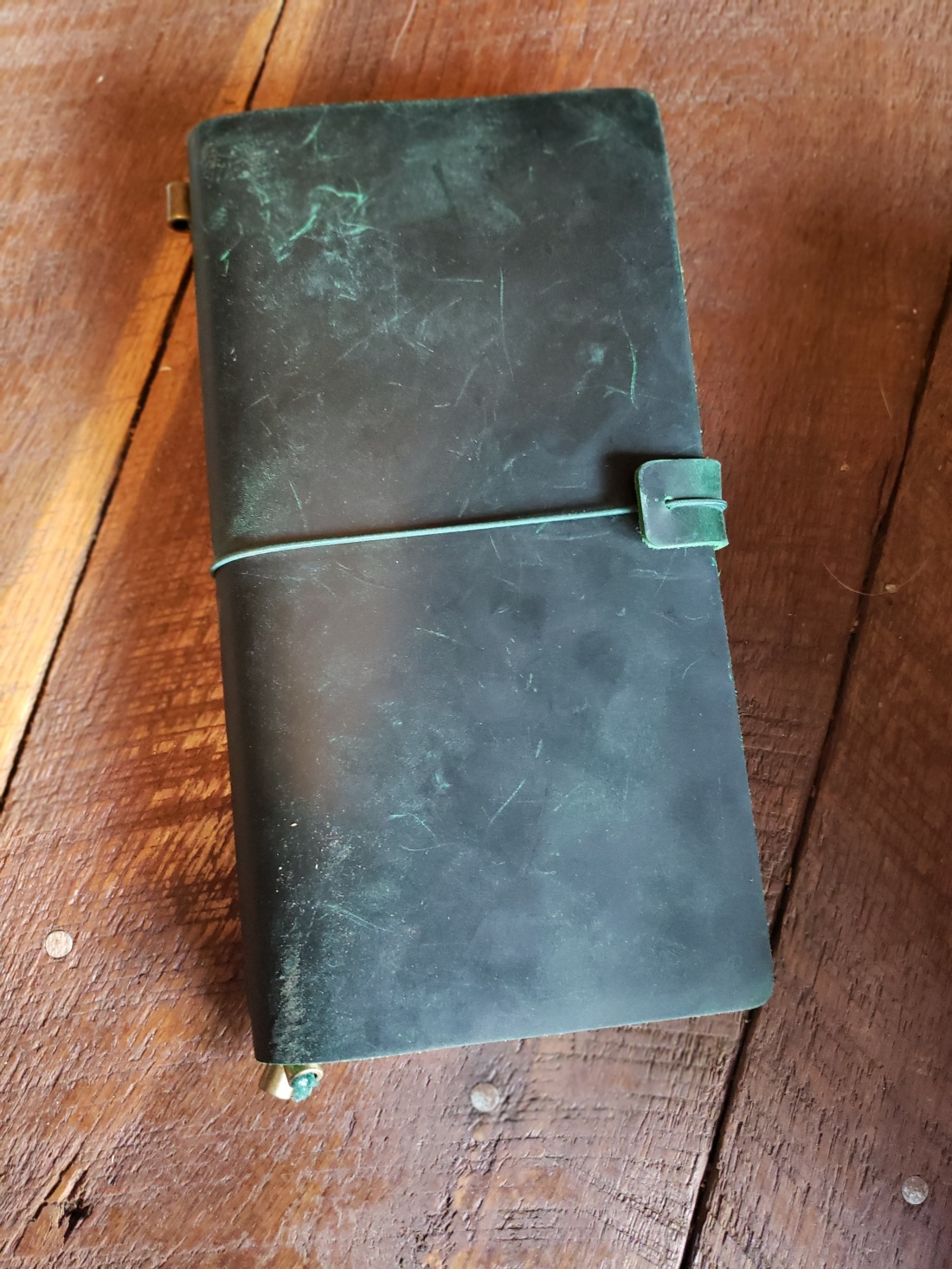 The journal might be new but it is like finding an old friend. The pages are already filling up just like the last one. Ideas flowing on paper just like before. We are very excited for the new adventures to come. We hope that all of you come along with us!

From the first post about the barn you can see that it was a job in itself just clearing around the barn to even begin to work on it.

Once we got it cleared where we could get into it, the first thing we did was get out all the old tires. There were over 250 used car tires in the barn. We don’t know why, we don’t know where they came from, but they were our problem now. The second project was to get the tin off the sides. Half of it went to the scrap yard and the other half has gone to different projects. The frame of the barn was actually pretty good. Just an old pole barn that has probably been there forever. You can tell the cedar logs were cut by hand, probably from the land itself or somewhere close by. There was an addition put on at some point that is probably only 10 years old or so. 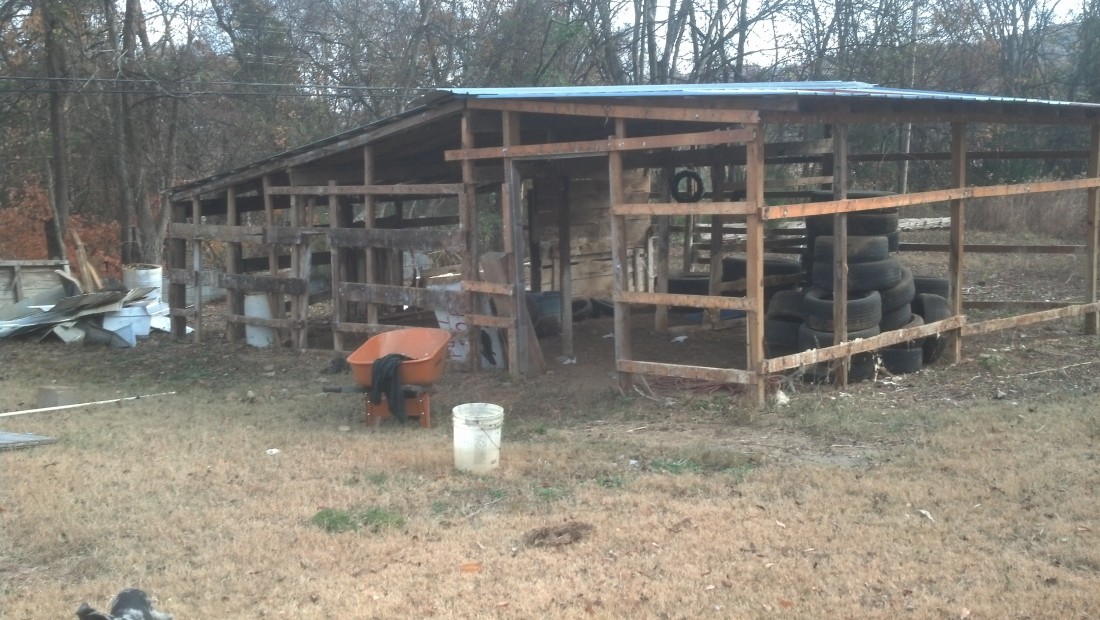 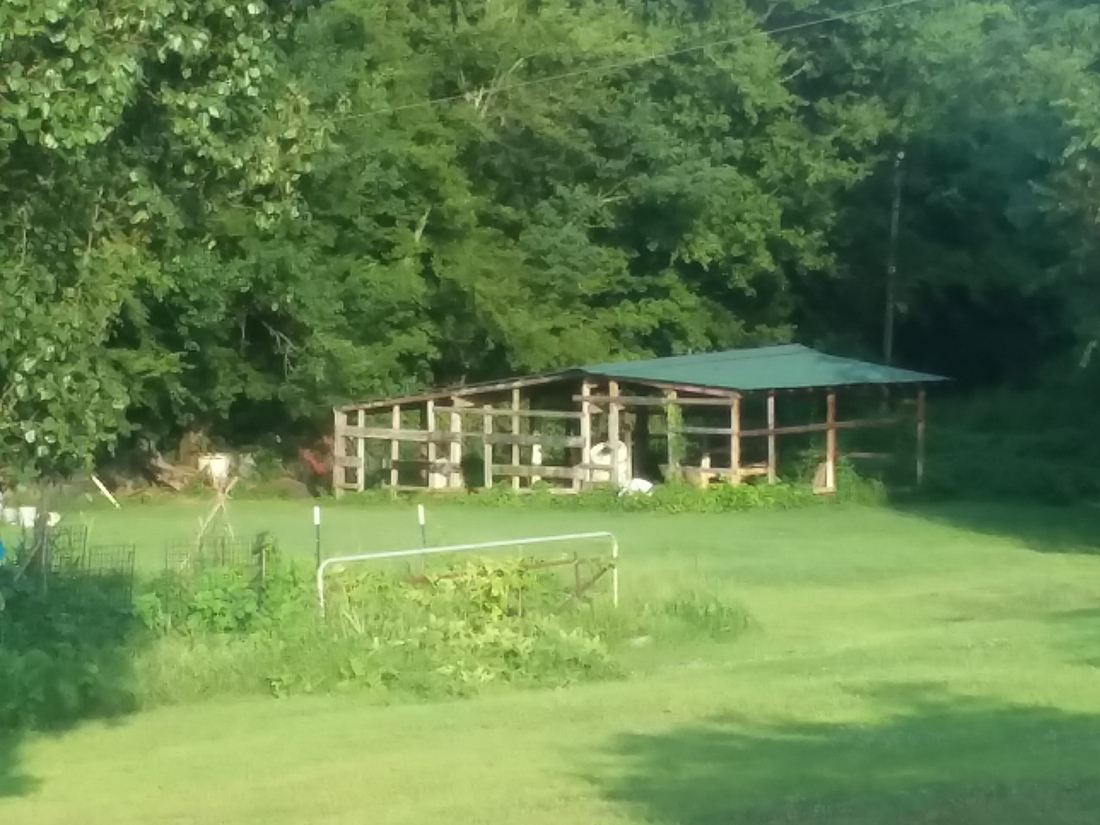 With the tin off the sides we started on the roof. There were no leaks in the old tin roof, and the structure was sound, so we just put a new roof on top of the old. Green, of course.

For the sides and inside walls, we went through several layout ideas as well as several options on what materials to actually use. We didn’t like the look of tin even though it would be the longest lasting. We also never liked the look of the sheets of siding that look like boards, even though that would have probably been the cheaper option. We also weren’t sure how long that would last, since it was the lower cost option. We decided to go with a board and batten style with 6 inch boards for the 1st layer. Putting the boards on this year and after they have some time to season the plan is to go back and put the batten on later. Probably doing 4 inch or so boards for that.

We are leaving the addition part without walls, Just a half wall in the back. It will be used as a place to park equipment or anything we need to work on with a roof over us. If our needs change we can always close it in at a later date.

The metal wrapping around the bottom is for rain splash back. It helps the wood walls to not stay soaked from the ground and rain and hopefully last much longer. We also like the way it looks. The outside is fully done and the inside walls are done. Had to move a few poles on the inside to put exactly where we wanted them. Mainly where we needed the doors to go. The only things left are to build the five doors, and then the trim work around all the corners and edges.

Other projects such as the green house needed finished so it has been a little while since we have worked on the barn. Hopefully we can get back at it this fall.

We still have some cleaning up to do on this side……

Eventually on this side of the barn closest to the road we want to build a chicken/ rabbit run. A protected place to grow our meat chickens and rabbits.

Behind the barn will be the barn lots with pigs helping clear the brambles and helping fill the freezer after.

It is very rewarding to see the barn every morning on our way out. So happy with how it turned out!

Even though the barn is not completely done, we already have inhabitants. 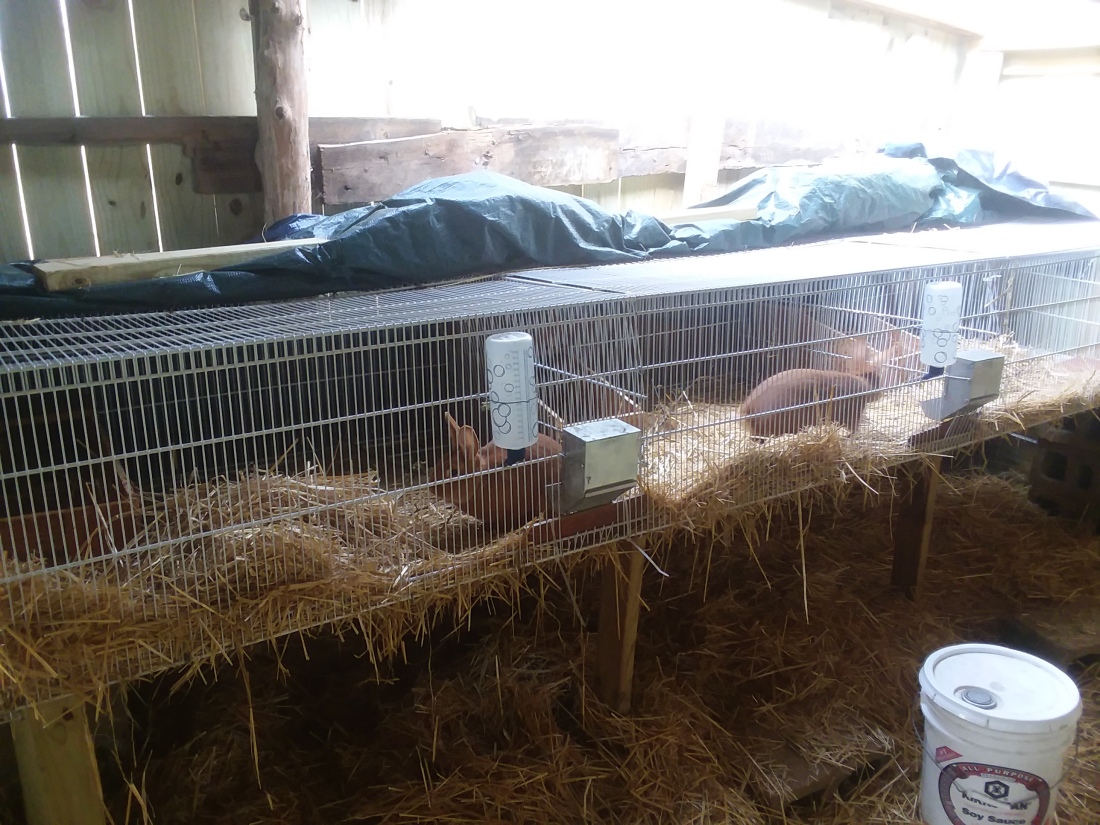 The first non pet animals on the homestead -rabbits! We will be talking more about them in future posts.